Currently we distill small batches of high quality distilled spirits using our three stills (Little John, Antime, and Max). In the future, we will bottle our pure rye whiskey that has been aging in oak barrels. Little John is our 200L (53 gallon) electric stainless steel electric vodka still that is powered by 22.4 kW solar PV panel system on the cellar roof (first solar powered distillery in PA and one of a handful in the country). Antime is a 95 gallon copper 7-tray spirit still fabricated near Chicago and by local vendors. 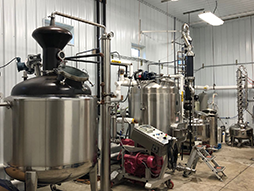 Max is a 300 gallon copper pot still used for stripping runs. Also, our craft micro-distillery avoids the common practice of buying pre-made spirits. We use sweet mash (fresh yeast with clean mash-tun for each batch). All our spirits are fermented, distilled and bottled on site.

We employ traditional artisan methods blended with the latest techniques to give our customers the highest quality distilled spirits. In addition, we use regionally sourced materials when available. Our spent grains go to Bonney Bell Farms to feed their cattle. 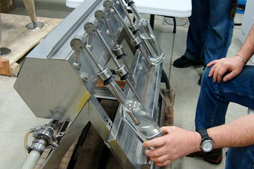 The name “Conneaut” is of Seneca Indian origin and has several disputed meanings: “snow water,“ “place where snow lays in spring,” “standing stone,” “river of many fish,” or “it is a long time since they are gone.” The word Conneaut is pronounced as “Connie-ought.”

We are open 10-6 pm daily and located at 12005 Conneaut Lake Road, Route 322 and U.S. Scenic Highway 6, Conneaut Lake, PA. Putting customers first, we are closed only four days out of the year: New Year’s Day, Easter, Thanksgiving, and Christmas Day. 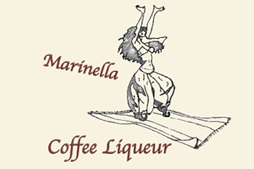 Marinella Coffee Liqueur is named for Mary’s (Sales Manager) stage name when she danced in Erie and locally for groups and organizations. We cold-brewed the coffee with local roasted coffee beans from Mill Creek (touch of espresso), then added our Goat Island Rum, chocolate, Madagascar vanilla, sugar cane, and home-made caramel. The liqueur was rough filtered and bottled at 60-proof. The aroma is coffee and the flavor is dark chocolate and rum. Serve in coffee, any recipe that calls for coffee liqueur, a cocktail (White Russian, Espresso Martini), mixed with cream/milk and ice, or as a cordial alone with ice.

Evansburg Brandy is made from Vidal Blanc grapes from Lake Erie region. We ferment the grapes into wine, distill twice into brandy, aged in new toasted French oak barrel for one year, transferred to a used French oak barrel for additional two years, rough filtered from the barrel, and bottled at 82-proof. Evansburg Brandy was named for the town of Conneaut Lake, which was founded in 1799 and named for local farmer Abner Evans. In 1892, the town changed its name to Conneaut Lake (neighboring lake). This brandy mixes well with the classic sidecar, black pagoda, Coke, or citrus drinks (lemonade, lemon-lime soda). Food pairing with brandy is cheeses, oysters, grilled fish (citrus-based cocktails), stuffed mushrooms, venison, and cured meats. 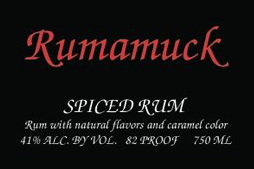 Rumamuck Spiced Rum is named after a local camp ground named Runamuck, except we changed the “n” to “m”. We used our Goat Island White Rum as the base rum, then added a lot of vanilla, cinnamon, all spice, nutmeg, orange peels and other spices. We non-chilled, rough filtered (sediments may occur and is natural), and hand bottled at 82-proof. 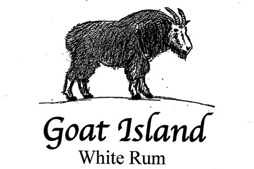 Goat Island White Rum is a silver rum named for a small island in Conneaut Lake. We use molasses and sugar cane, slow ferment for many weeks, distilled to 151-proof then proofed down and bottled at 82-proof.

Half~town Bourbon is a four grain mash bill with local grains consisting of 75% corn, 15% wheat, 5% rye, and 5% barley. This whiskey is barrel aged for 12-24 months in new charred oak barrels, rough filtered, and hand bottled at 88-proof. The image on the label is Seneca Indian war hatchet. Half~town was a Seneca Chief, who escorted the early settlers of the area from Cussewago (Meadville, founded in 1788 ~ 88-proof) to Fort Franklin to escape possible Ohio Indian (Wyndots) attacks in 1794. 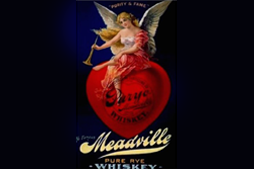 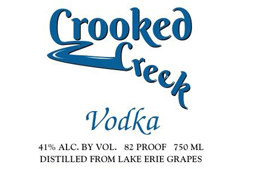 Crooked Creek Vodka is different than most vodkas - ours is distilled from Catawba grapes from Lake Erie Appellation and cold filtered (10F). It has citrusy forward aromas and a crisp taste with delicate tones of anisette and crème brulee on the palate. Crooked Creek is the eastern boundary line of West Fallowfield Township. This meandering stream drains the south end of Pymatuning Lake & Marsh and runs by Hartstown, Adamsville, and Greenville where it joins the Shenango River that flows to the Ohio River.

Cussewago Blanc is similar to a Peruvian-Chilean Pisco and French eau de vie, except ours is single-distilled from Vidal Blanc grapes from Lake Erie. This white brandy has citrusy kick of orange and delicate aromas and flavors of pear, peach, mint, and honey suckle. Enjoy as an aperitif or during a meal with smoked fish, caviar, or lemon or lime dishes; or sipped as a bracing palate-cleanser between courses; but it is best consumed in a cocktail. The name Cussewago, pronounced “Kos-se-waus-ga," which means big belly, is derived from a creek named by local county Indians. 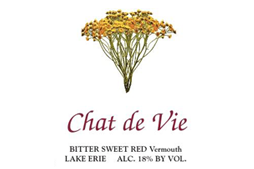 Inspired by Italian Torino-Piedmont aperitifs with American twist with extra bitterness, we use our wine and brandy. We macerate the vermouth using a mix of over 20 ingredients (using organic whenever possible), which includes orange peels, vanilla, cinnamon, traditional wormwood, and other botanicals. The fermentation, distillation, maceration, and the bottling of this artisan vermouth are all done on-site. This vermouth is the first commercially produced vermouth in Pennsylvania. The name,” Chat de Vie” is French for “Cat of Life.” ”Chat” in French means “cat” or “long tail” or raccoon people. The Erie people were an eastern Native American people occupying the area from Buffalo to Cleveland to northwestern PA before 1658. The French called them “Nation du Chat” for Cat Nation. The Seneca destroyed them in the mid 17th century by 5 years of war.