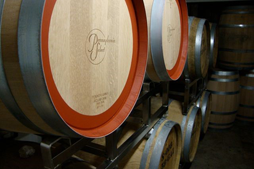 Conneaut Cellars Winery prefers the small batch, artisan approach to wine making and is distinguished for its award winning wines. The winery performs all of the winemaking operations at their 7,200 square foot winery located in Conneaut Lake, PA. Tender loving care is applied to each process, from the grapes to the bottle. The grapes are gently squeezed by small bladder presses and then aged in stainless steel tanks, French oak barrels, or Pennsylvania oak barrels. The winery offers a broad spectrum of tastes from the farm wines of our grandparents through the more sophisticated French-American hybrids to the noble vinifera of world fame. Some wines are labeled using proprietary names to promote the local area. 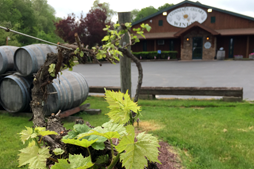 Conneaut Cellars Winery was founded by Dr. Alan Wolf in 1982. Dr. Wolf’s winemaking education and experience in Germany created the foundation for our great wines. For more detailed information about the founder, please check out the History page.

In 1996, Joal Wolf, son of Dr. Alan Wolf and his wife Phyllis, became the proprietor of Conneaut Cellars Winery. As a young boy, Joal helped his father make wine during the 1960's. After graduating from Penn State University, Joal served for more than 27 years as a distinguished officer for our military forces. His service took him to Europe for four years, and while in Germany, Joal visited wineries and represented Conneaut Cellars during trade shows. Joal returned to the winery in 1988 and earned his Master’s Degree in Business Administration from Penn State University. After graduate school, Joal worked full-time at the winery as the assistant wine master and assisted his father in all facets of the business. In 1991, Joal became Wine Master. Joal’s attention to quality shows in every glass of Conneaut Cellars Wine. 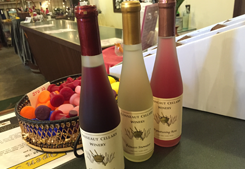 Since Joal became Wine Master in 1991, Conneaut Cellars Winery has won a myriad of international, national, and state medals for his wines. At the 1998 Wineries Unlimited show, Conneaut Cellars Winery won an International Commercial Vineyard and Winery Award as “The Most Improved Winery.” This trade show was the largest event from the Rockies to the East Coast and attracted about 950 winemaking and vineyard operators from the U.S. and Canada. Today, Joal continues the tradition of winning awards at the state, national, and international wine competitions. To see a complete list of awards, please check out the Awards page.